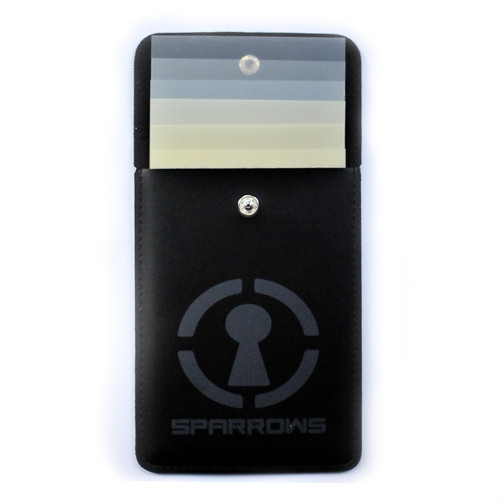 A very handy set of 6 flexible shims in 2 thicknesses.  Use them in the same manner as the old credit card shimming trick - slip a shim between door and frame below the level of the knobset (won't work on deadbolts, obviously) and work it upwards until it finds the front of the latch then push the door open.  Works on just about any latch or catch that is spring loaded and beveled.  Some users even claim to have had success shimming dead-latch equipped spring latches, which are common on exit doors (less common on interior doors).  This set comes in a nice protective case.  Each shim measures 6.5" x 4" -- over sized!