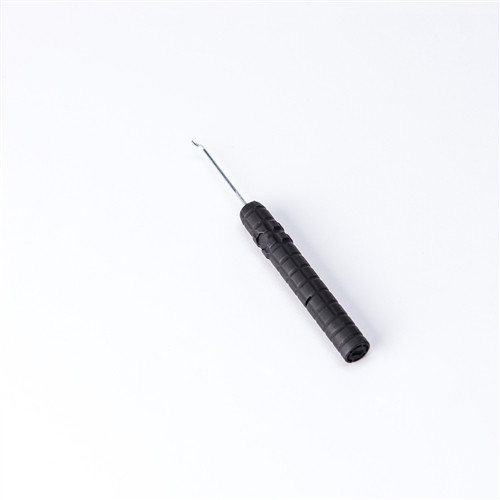 By definition, in locksmithing terms a bypass tool functions by cutting out the hard work, bypassing tumblers in the keyway in order to access the inner workings of the attached lock mechanism (usually the latch itself or in some cases the tailpiece attached to the lock cylinder).  When they work, they seriously cut down on time and labor.  In some situations, such as in the case of a lock with damaged or otherwise frozen tumblers, it can save you from having to drill the plug.

This particular bypass driver was designed by Sparrows to work effectively on series 700 and 1100 American (brand) padlocks.  Note that newer versions of these padlocks have been equipped with a feature expressly made to foil this tool, but older models - many thousands of which are still in use - are good candidates.  As with other bypass drivers, this tool, when used with a little skill, works much like a key:  Insert it, access the shackle release, and turn it.